Socially intelligent Robots as the future of online marketing technology

Social robots are defined as autonomous robots that communicate and interact with autonomous physical agents like humans, specifically by following social rules and behaviors that are linked to their particular roles.

Digital marketers have a reason to fear with the increase in artificial intelligence. There are robots designed to manage B2B and B2C marketing, such as Kit, which is currently being used by shopify. Still, there are ways that need to be improved to make this a reality.

As such, social robots of the future should have a physical embodiment of which screen characters are not considered. Some social robots have been designed to utilize screens as a way of displaying their head, and actually operate on the borderline of being social robots.

However, for robots where the body only acts as a screen holder that displays their head, these cannot be considered robots. Meaning that they must also have physical sensor and motor abilities to be considered social robots.

This article addresses the reasons why robots, which already have an array of applications occupied by or envisaged for them, should possess social skills in the future.

What are Socially Intelligent Robots?

Socially intelligent robots are generally robots that are socially evocative in the sense that they rely on the tendency of humans to anthropomorphize the feelings that they evoke in the latter when humans care or nurture for them.

Moreover, these robots are also sociable in that they engage proactively with humans with the aim of satisfying their emotions, drives, and other internal social goals. Thus, they need deep and complex social cognition models for effective interaction with humans.

Based on these characteristics, socially intelligent robots can be defined as robots that have specific aspects of human-like social intelligence drawn from human social competence and cognition models.

While robots operating in space, for example, do not require social intelligence unless for cooperation with each other, robots involved in helping around the office or caring for sick people may require skills because of their regular encounters with humans.

Robots of the future will require social skills that enhance the convenience of humans when interacting with them, especially those designed as home-companions for invalid and convalescing people, people with disabilities, and for the elderly.

Such robots will need a broad array of social skills that enhance their acceptability as reliable home-companions, without which they will fail as assistants and subsequently go out of use for this purpose.

This technology lies at the intersection of ethnology, linguistics, psychology, computer science, engineering, and robotics among other disciplines.

Furthering this technology will also require research in communication, intelligence, and social behavior in artificial and natural systems and, unlike traditional robotics and engineering, human interaction comprises both non-verbal and verbal interactions.

There are several directions that socially intelligent robotics technology research may be categorized.

In robot-centered social intelligence, the technology would emphasize the perspective that robots are autonomous creatures and entities, and these robots will pursue their goals and objectives on the basis of their own emotions, drives, and motivations.

As such, the robot’s interactions with people should fulfill some of the robot’s needs, which the robot designer is charged with identifying and modeling in its internal control architecture.

Email marketing automation is an example of such technology that is highly used in the marketing world. It helps to deliver mails to prospects and collect the behavior of people as they interact with your products on offer.

In this approach, social skills that should enable the robot to fulfill its internal drives and motivations and also to survive in its immediate environment will be the primary focus.

Therefore, robot designers will develop architectures of motivation and emotion, as well as sensorimotor models of control aimed at regulating the robots interactions with its immediate social environment.

A second approach to future improvement of social intelligence in robots would be primarily human-centered, and would primarily focus on how robots may fulfill their duties in a way that is comfortable and acceptable to humans.

In this case, future robot designers could study the reaction and interpretation of the behavior and appearance of robots by humans regardless of the robot’s internal cognitive process and behavioral architecture.

This approach is more challenging than the previous one because of difficulties in identifying a consistent and balanced design of robot appearance and behavior, as well as the design of socially appropriate and acceptable appearance/behavior.

Moreover, robot designers have to overcome the challenge of identifying the requirements or needs of groups and individuals that robots are expected to adapt and respond to.

Most importantly, developing human-centered, socially intelligent robots will have to avoid the tendency of robots becoming too human-like and evoking repulsion in persons who think them ‘unnatural.

Nevertheless, the human-centered socially intelligent robot will be based on an already existing phenomenon, in which people tend to treat machines and robots socially with anthropomorphism influencing how humans perceive machines.

In this case, humans will treat machines and tangible technologies as people in specific ways and will use social heuristics and rules from the human domain on these machines.

The third and final approach for future socially intelligent robots would emphasize robot cognition as the focus of interaction, whereby robots will be considered first and foremost as intelligent systems.

This means that the robots have the capacity to make decisions individually on their own, while also capably solving problems and making decisions as part of its daily task specifications. To proceed with this approach, robot designers need to develop cognitive robot architectures, problem solving, and machine learning.

Socially responsible robots should have the capacity to interact autonomously and meaningfully with people and, therefore, require characteristics that enable them to interact effectively and intimately with humans.

There are several characteristics that will be critical for socially intelligent robots whichever approach future designers take, including the ability to recognize the emotions of others, as well as to express their emotions.

In addition, all socially intelligent robots require the capacity to use high-level dialogue for communication and also to recognize or learn the models of other interactive agents.

Furthermore, for these robots to be socially intelligent, they need the capacity to establish and sustain interactive relationships, utilize natural cues like gestures and gazes, and also exhibit distinctive character and personality.

Finally, these robots will also need to develop and learn social competencies.

In conclusion, the future development of socially intelligent robots should strive to ensure that the human-robot interaction remains aligned to and complies with social rules meant for their specific roles. Such rules and roles will be defined by the environment in which they exist and operate, while also possessing the capacity to be reliable, anticipatory, and discreet. 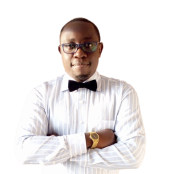